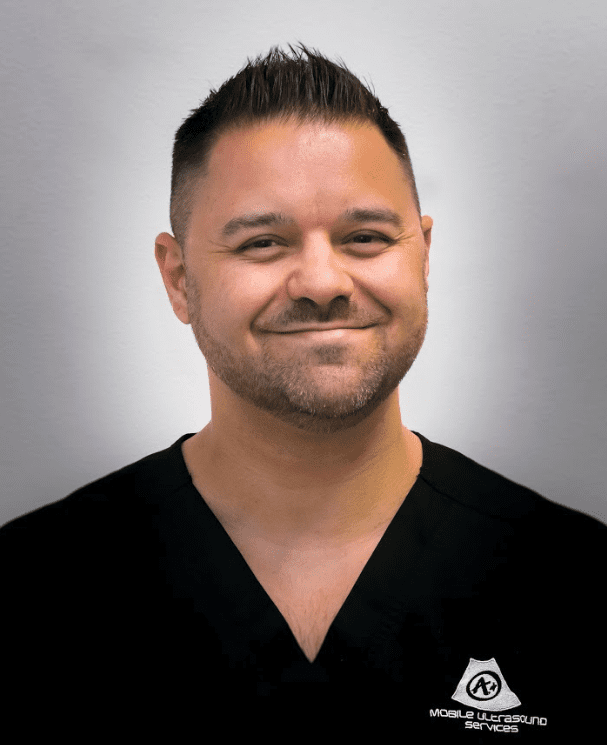 Joseph was born and raised in Seattle, Wa. He studied Biology and Chemistry at Western Washington University and recieved a Bachelor of Arts degree in 2005. He decided he wanted to join the health care profession and fell in love with ultrasound after an intense job shadowing visit to California Pacific Medical Center in San Fransisco, CA with his uncle, the late Dr. Damian H. Augustyn, MD. He immediately applied for and was accepted to the Bellevue College Diagnostic Ultrasound Program in Bellevue, WA. He was elected class Vice President, maintained a 3.97 G.P.A. and was inducted into the Phi Beta Kappa Honor’s Society. He graduated with an Associate of Arts degree in Diagnostic Ultrasound in 2008. He immediately took and passed five registry exams earning the credentials of Registered in Diagnostic Medical Sonography (RDMS in Abdomen and OBGYN) and Registered in Vascular Technology (RVT).

Six months after graduating, Joseph was asked back to Bellevue College to teach ultrasound classes. He accepted and began teaching General, Vascular and MSK ultrasound courses and managing clinical internship sites. Joseph taught for eight years before beginning this company. Joseph continues to speak at conferences about ultrasound.

Joseph spent four years at Madigan Army Medical Center performing Vascular and Abdominal Ultrasound. He was instrumental in the implementations of new equipment, software and technology. He was part of a research study that compared the results of carotid duplex ultrasound with computed tomography angiography (CTA) and digitally subtracted arteriography (DSA). The results were published as a poster at the annual Society of Vascular Surgery (SVS) annual conference. He quickly learned Intravascular Ultrasound (IVUS) and published a case study on IVUS and AAA repair in the Journal of Diagnostic Medical Sonography (JDMS) in June 2012. He was the creator and first program director of the Vascular Ultrasound Breakout Session at the annual Pacific Northwest Endovascular Conference (PNEC) and was awarded the Civilian Medal of Achievement by the United States Army for his efforts.

Joseph was one of the first individuals in the nation to take the Registered in Musculoskeletal Ultrasound (RMSK) exam. He took and passed the second offering of the exam in April 2012. He is now certified in Musculoskeletal Ultrasound and has worked with Orthopedic Surgeons, Podiatric Surgeons, Rheumatologists, Physiatrists, Chiropractors and Physical Therapists performing MSK ultrasound. He is the first sonographer ever to be certified in MSK in Washington state and among the first 20 in the nation. His company A+ Mobile Ultrasound Services is the only American Institute of Ultrasound in Medicine (AIUM) accredited facility in musculoskeletal ultrasound on the entire west coast of America.

Edurne will be involved in all elements of patient care for CurPoint Orthopedic.